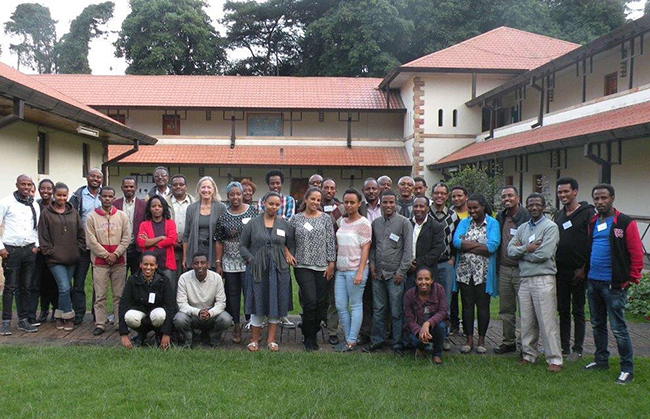 The second two weeks in Ethiopia was spent in the capital, Addis Ababa. My husband and I have been teaching a course on marriage and family issues at a theological college for the past twelve years. It has been a truly life changing experience as our students have experienced more challenges and hardships than one can imagine. They are also the future leaders of the church in Ethiopia, and we count it an immense privilege to be able to share in their lives. The brief stories of three students will give you a sense of life in Ethiopia.

Many of our thirty-six students travel one to three hours to get to class. Having no cars they take public transportation, cramming in mini-buses, transferring several times. Many leave their families in the rural areas for their academic pursuits in the city, returning only briefly between semesters. They know education is not only the path to a different and better life, but their theological education, the path to building the church in Ethiopia to bring hope and healing to their people. Their determination and passion are awe-inspiring. We are humbled and incredibly privileged to share in their journey.