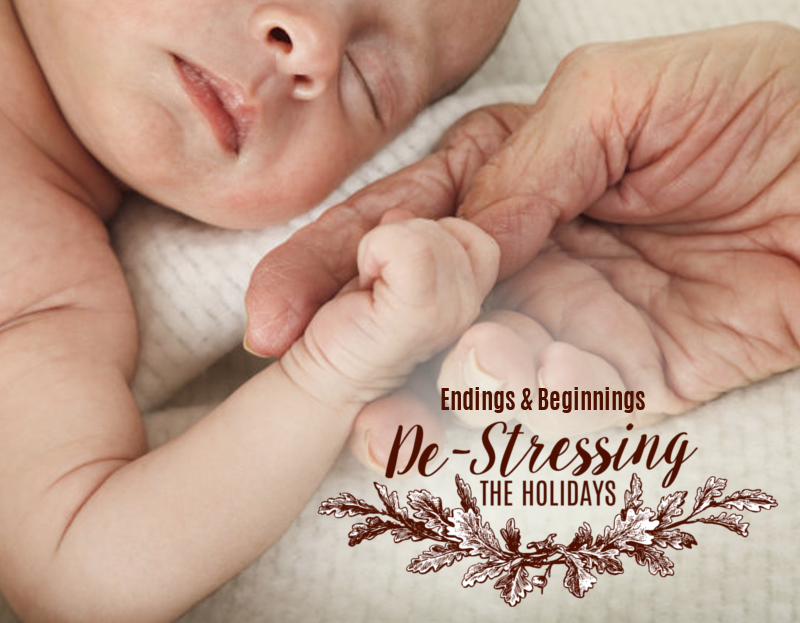 About this time of year, many of us start to think about what we’d like to see happen in our lives in the coming year. Some of you may be inclined to make a list of New Year’s resolutions that you hope you will be able to keep. Others may have scrapped the idea of making such a list, since they usually are hard to keep with any consistency or collect dust as life gets away from you. I have found that the more helpful way of entering a new year is to comb through our experiences and lessons of the past year, to make sure we glean all we can to provide wisdom for the year to come.

For many of us, this has been a year of transition. Some have lost jobs, had babies, moved, started a new job, lost a friend or family member, experienced divorce, bought a house. Whenever there is a transition, there is an ending and a new beginning.

When our second child, Tim, was born I found myself experiencing a very unexpected transition. We were thrilled to be having our second child and excited that he was a boy. My cousin and his wife lived next door and they watched our daughter, Emily, while we rushed to the hospital. When we were driving home the next day, I suddenly burst into tears. I realized that the sweet period of being a threesome, Gary, Em and I were over. We would never have that family configuration again. As much as I already loved this newborn son, life as I knew it was forever changed. I was grieving. When I got home, and enjoyed our first family hug as a foursome, my grief was over. It was all good. An ending and a new beginning.

What were your most significant endings? Did you allow yourself to grieve well? We are often intent on pushing away the pain and lessons of our endings. We want to go around them. We want to hurry and replace what was lost. We want to disown our own role in the ending. The last thing we want to do is to come to an end. I remember driving through Yellowstone National Park shortly after it had experienced a devastating forest fire. Charred poles stood where a previously verdant forest had been. It was only later I learned that the fire was necessary to the circle of life. The heat of the flames was necessary to release the seeds of the pine cone that would replenish the forest. Endings, though painful, give birth.

Were there things you had to let go of in order to embrace the new? What did you have a hard time letting go of? What were your fears in releasing these? Are there ways in which holding on to the old has prevented you from opening to the new? Consider each ending you experienced. What were the new beginnings that were made possible by this ending? Can you begin to see the grace of God as you open to what He has for your future? Can you see the rise of saplings in the forest?

As you move into the new year, reflect on God’s goodness in the endings and beginnings. Embrace his love and faithfulness in both.

“The faithful love of the Lord never ends! His mercies never cease. Great is his faithfulness; his mercies begin afresh each morning.” (Lamentations 3:22,23 NLT)